Judging for Best Use of Formative Assessment 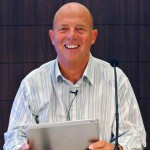 He has had extensive experience in schools and colleges as a teacher,lecturer senior manager, Principal and Governor. He has worked with Head teachers and senior leaders in developing leadership skills for the National College of Teaching and Leadership and advised DfES on the FE Principals Qualification and was the lead on Digital Futures for the Building Schools for the Future Leadership programme. Bob is Chair of Governors at Northern College and Vice Chair of Governors a Trafford school. Bob was made an Honorary Life member of CGLI for services to Vocational Education following 12 years as Chief Examiner and is a Fellow of the RSA. He has been Toshiba’s Education Adviser for 16 years and is a writer, presenter and researcher on mobile learning, digital technologies and next generation learning. Bob was a member of the British Computer Society/Royal Academy of Engineering working group which redrafted the ICT National Curriculum to make it more “ambitious and challenging”. He also chaired the computing expert group established by the DfE to support teachers and teacher educators in the transition to the new computing curriculum, and is now a member of UK Force (UK Forum for Computing Education). He was Chair of the Teaching Schools New Technology Advisory Board, a HE/Industry/Schools/DfE/NCTL group which aimed to ensure that the next generation of teachers have the necessary skills to prepare children for their lives as workers and digital citizens in the 3rd Millenium. Bob was a leading member of the Further Education Learning Technology Action Group and is now a member of the Ministerial Educational Technology Action Group chaired by Professor Stephen Heppell. Bob regularly visits the Palo Alto campus of Stanford University to research current developments and is a participant in the “education’s digital future” project and is a judge at the Stanford Graduate School of Education Learning Design with Technology Masters programme.. Bob is also a judge for the BIS/Innovate UK Learning Technology-Design for Impact fund, Bob represented the DfE at the INTEL STEM International conference in Jerusalem when he presented on the new national curriculum in computing. He is a Board member of the UfI Trust, YMCA Training and Awards and is a Judge for the BETT Awards and TES FE Awards. Bob has recently been invited to join the BIS FE and Skills Area based review advisory group trying to reshape the FE landscape towards a more digital future. He is a Fellow of the Royal Society of Arts. www.setuk.co.uk twitter @bobharrisonset. 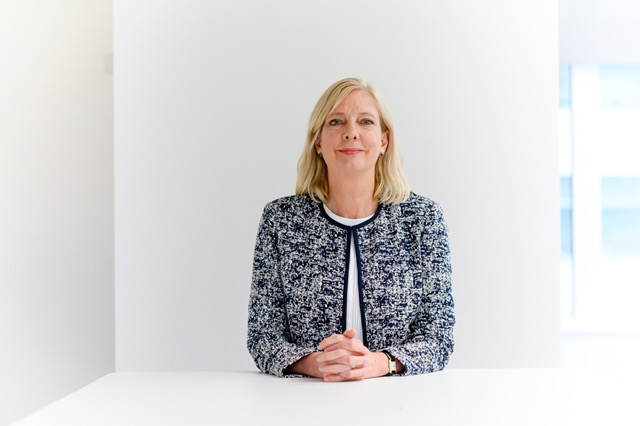 Brings over 30 years’ experience of developing profitable market-leading learning content and assessment solutions across a wide range of contexts, subjects and levels, while building and supporting teams to support growth and excellent delivery. Claudia worked at Cambridge University Press and Cambridge Assessment for 11 years and now heads up a new Education Services division at Oxford University Press. She has led organisational change within complex organisational structures, creating a consistent and data-driven approach to product portfolio management, product lifecycle management, and investment governance. She is responsible for digital support services and products for teachers and learners; formative on-screen assessments, innovation, R&D; partnership strategies with providers of learning resources and bespoke curricula, qualifications, consultancy and training for Ministries of Education.

Gareth has worked in e-assessment since joining City & Guilds in 2005, where he is currently the specialist on e-volve, the organisation’s summative e-assessment platform. When Gareth started most of his time was spent building and delivering banks of Multiple Choice questions, but for the past few years he’s been primarily involved in supporting the use of Advanced Question Types to broaden the methods of assessment used. The most prominent examples of this are their Functional Skills tests, which use written-response, bespoke Mathematics question types, and ‘in-app’ tools. Gareth has also built a reputation for taking off-the-shelf tools in the system and using them in ways they weren’t originally intended to be used (in a good way). Gareth is most proficient at the practical side of developing e-assessment content, taking the requirements of item writers and examiners and delivering them in the most appropriate way possible. This has meant that he has developed a keen instinct for, and interest in, what makes assessment valid – which has in turn fuelled a desire to make e-assessment accessible to all users wherever possible.

Mark was appointed as the new Chief Executive of AELP in March 2016 succeeding Stewart Segal following his announcement to step down in January 2016. He is on the Board of WorldSkills Uk and the UfI Trust as well as a range of government boards such as the SFA / EFA advisory board and the DfE’s Apprenticeship Stakeholder Board. Most recently, Mark Dawe was the chief executive of OCR, the exam board, for 5 years. He is currently a governor of Sawston Village College and Stapleford Community Primary School and a scout leader. Mark has a wealth of experience across a board spectrum in the education field. Prior to his role at OCR, Mark was Principal of Oaklands FE College having been Deputy Director and AELP Board Director, FE Strategy at the Department of Education and Skills and before that as Deputy Director, Adult Basic Skills Strategy Unit after joining the department in 2003. Having read Economics at Cambridge University before qualifying as a chartered accountant at KPMG, Mark joined Canterbury College, becoming Head of Corporate Services in 1994. In 2000, he helped set up eGS, an e-procurement provider to the public sector.